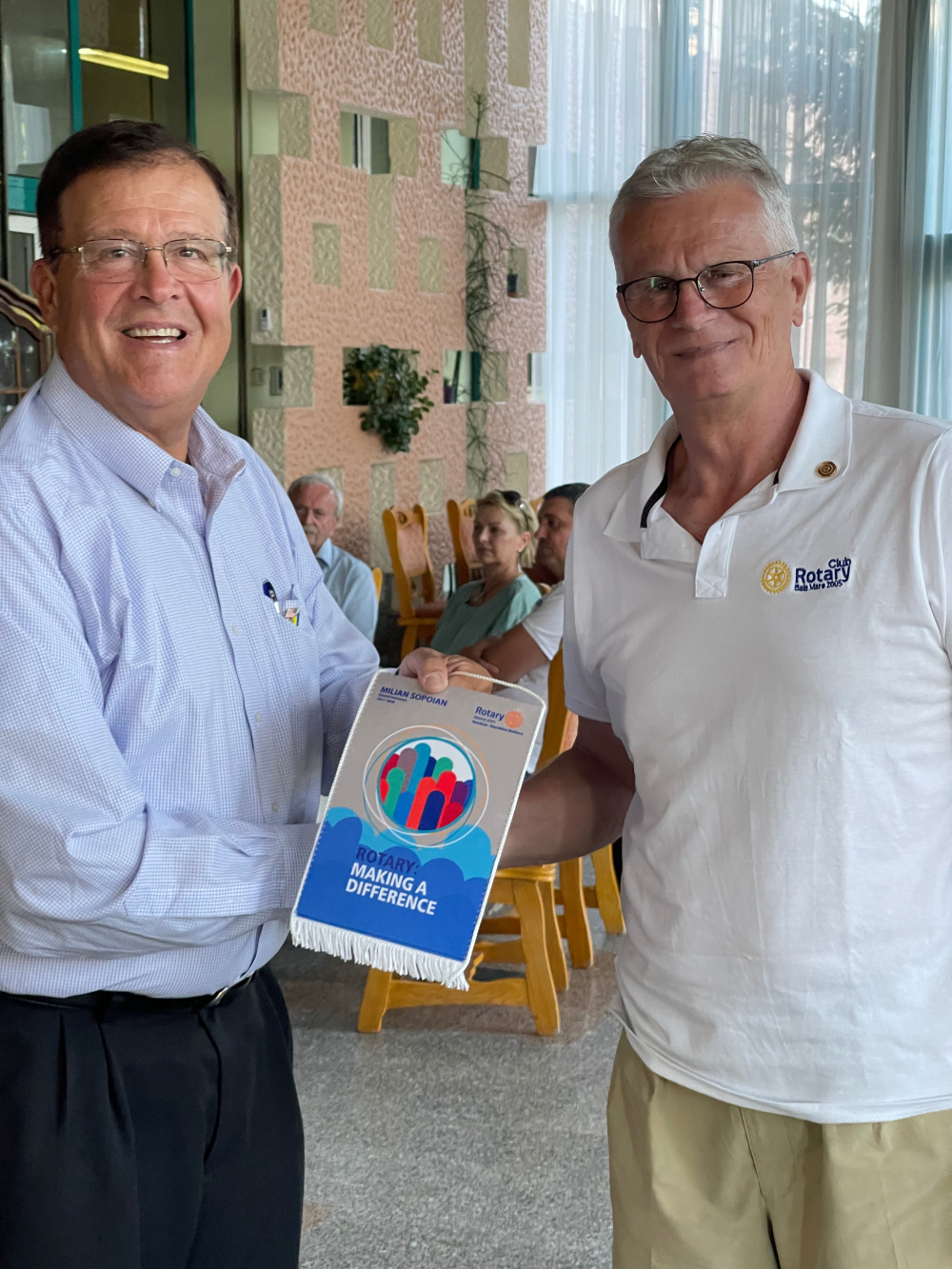 
As hundreds of non-profits line up via individuals emails, Giving Tuesday has become a heavily promoted event in the last few years. But on this Giving Tuesday, one non-profit, HelpingUkraine.us, received an outstanding, unexpected gift beyond the typical reply to email solicitations. Emory Morsberger, who visited Ukraine in June of 2022, carrying much needed medical supplies with him, came home to launch an ongoing campaign under its banner, HelpingUkraine.us.

Along the way, Emory Morsberger has met with countless organizations, including many Rotary clubs, to tell his accounts of handing out food to mothers with small babies in food lines, all while sirens were blasting in the background. Morsberger has developed a passion for providing and facilitating ongoing aid that is needed. This philanthropical effort is not solely focused on securing medical supplies, but other infrastructure items as well. Items like generators are greatly needed as winter arrives, bringing subzero temperatures to areas of Ukraine where there is no electricity.

This Giving Tuesday, a gift arrived to HelpingUkraine.us that was a result of one man’s inspiration after reading an op-ed piece penned by Morsberger in The Marietta Daily Journal. When Emory Morsberger saw $10,000 were donated online from someone he had not met, he was overcome with joy and initiated a phone call to express his gratitude. When the donor answered the phone and heard Emory’s emotional thank you, he was touched. The donor explained, “I’m 70 years old and I’ve had a marvelous life, and I feel it’s time for me to give something back. That is why I donate, but no one’s ever called me to thank me for such a gift. I really appreciate it. What else can I do for you?” Well, Morsberger couldn’t refrain from letting him know about their fundraising effort to send generators to hospitals and schools in the Odessa area where there is no electricity and the effects of the war have been devastating. “How much do you need?” the man inquired. “We’re looking for $30,000.” Without hesitation, this stranger said, “I’ll give you the $30,000.”

So can miracles like this happen today? Yes, they can. Do we still have concern for each other, even those we have not met – even those in need on the other side of the world? According to the generosity of the donor, the answer is a resounding yes! With another $40,000 in donations raised the following day, it appears this Giving Tuesday has compelled members of the community to act united and help those who need it most.

This Giving Tuesday was a day when a gift made a miracle: generators are now on their way to Ukraine!

For more information and/or interview opportunities, please contact A. Brown Olmstead Associates at (404) 659-0919 or by email at amanda@newaboa.com.